50 Cent and Floyd Mayweather, Jr. are no longer friends.

That became pretty evident when a Twitter war broke out between the two over the weekend. The exchange of insults began on Friday night when 50 Cent let Mayweather know that undefeated boxer Yuriorkis Gamboa, whose signed to SMS audio, will move up in weight to challenge Mayweather. 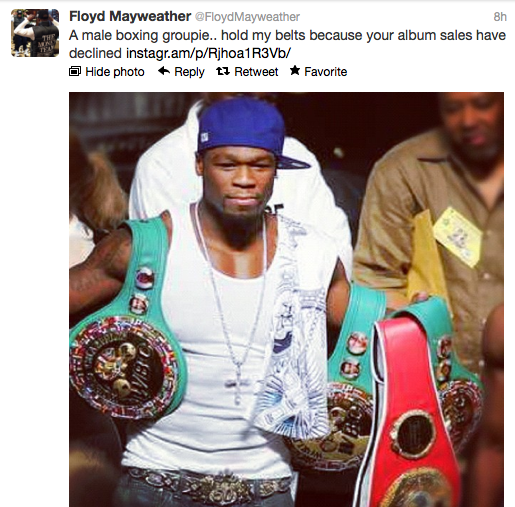 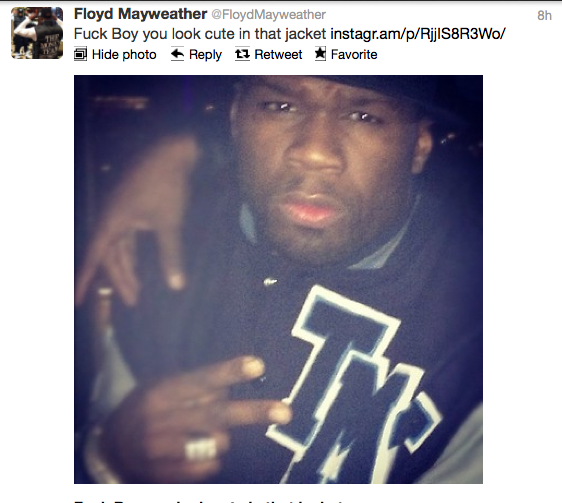 Meanwhile, 50 Cent hires Mayweather’s dad to train his boxer Andre Dirrell. Mayweather, Sr. reveals he hasn’t spoken to his son since he was released from jail. He said the feud between 50 and his son has nothing to do with him.