50 Cent may not be officially dating his ex Tatted Up Holly, but it appears he has access to her social media accounts.

The In Da Club rapper called out A$AP Rocky over the weekend for trying to hit on Holly on Instagram. It’s unclear how 50 got access, but he saw ASAP’s direct message to Holly and he wasn’t happy.

50 decided to post the message and insult the rapper. Read the comments below. 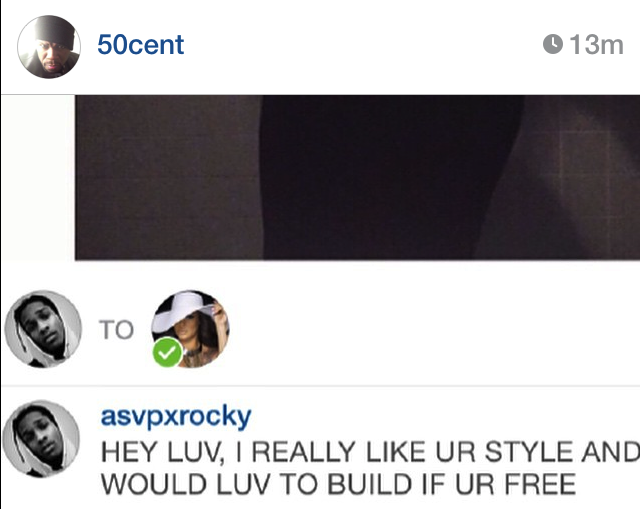 This comes on the heels of 50 calling out Holly after Mediatakeout said she was his girlfriend. The rapper didn’t like that and called her a ‘hoe’ and said she slept with Trey Songz and J.R. Smith. 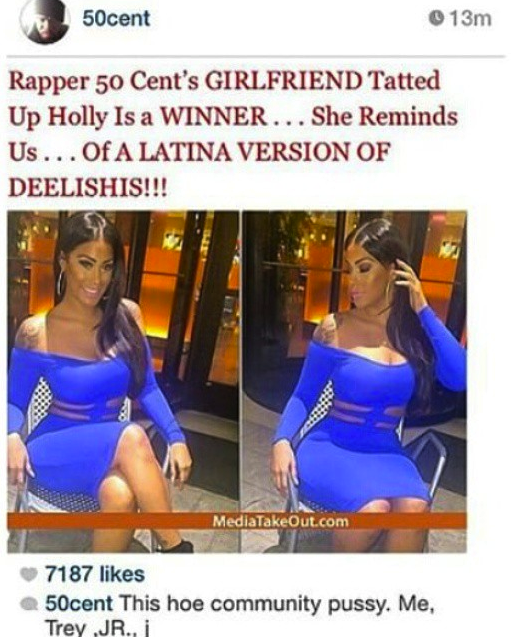 Holly didn’t like the post and threatened 50 via text message about telling the world that he beat her. Read their alleged exchange below. 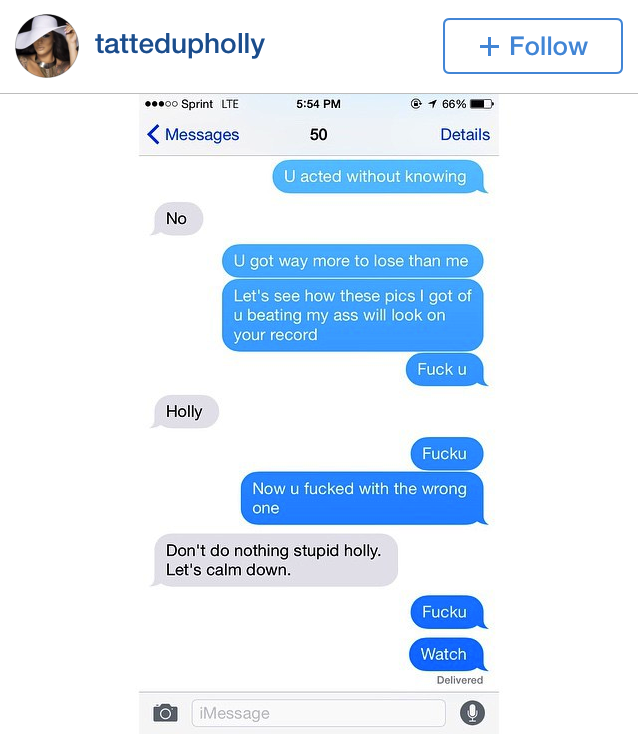 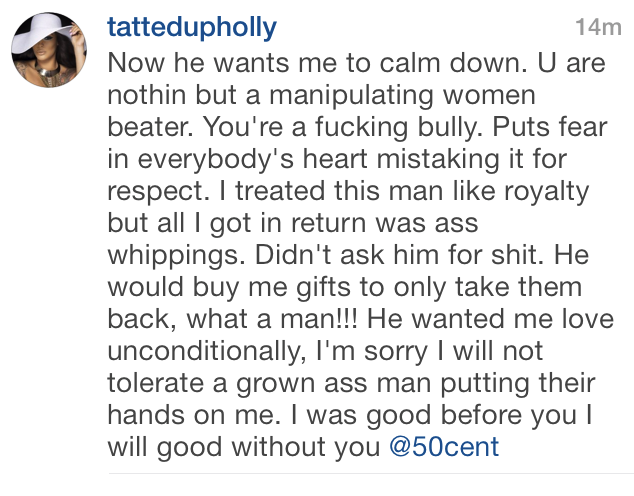 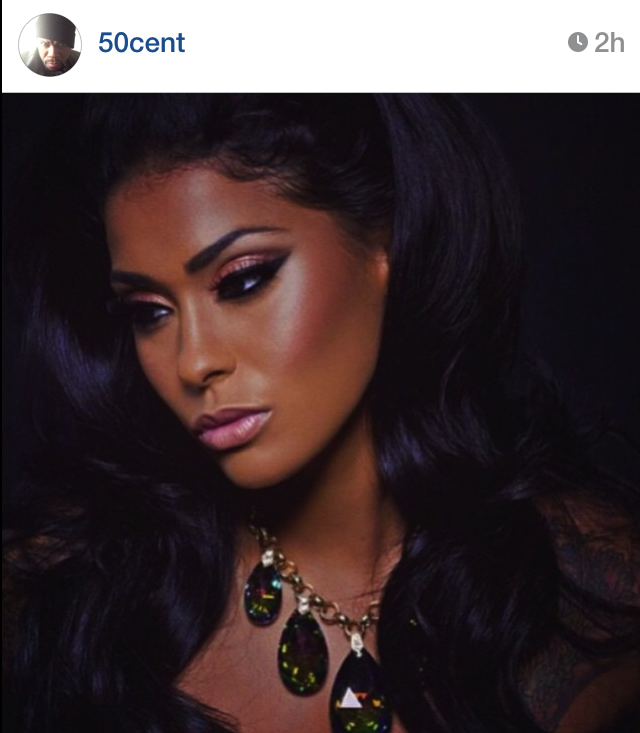 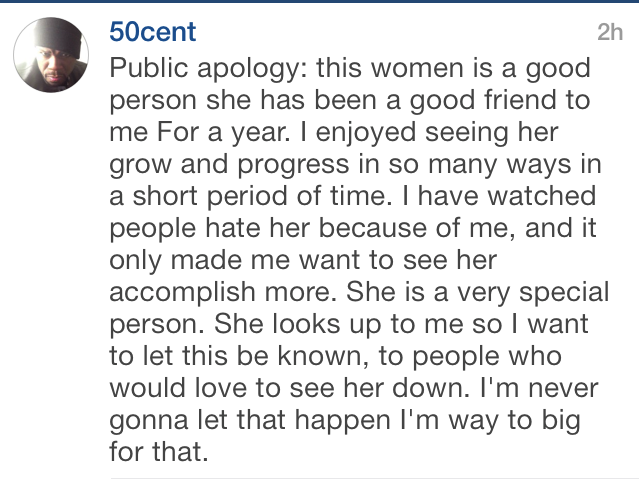 This is the third woman who has accused 50 of domestic violence. His baby mama Daphne Joy filed charges against him for beating her last year. And his first baby mama also claimed he hit her during their relationship.
Photos via Instagram and Twitter