5 Of The World’s Wildest Water Slides

The summer months are just around the corner and that means enduring many days in the scorching heat.

The bulk of the population will remain in their air-conditioned homes to avoid the high temperatures while a select few will try to find ways to cool off outside. Many plan on heading to the nearest water park to enjoy some fun in the sun with their family and friends.

Most water parks are usually kid friendly but there are a few around the world that defy all laws of gravity. Basically, you have to be crazy as hell to do it. Yahoo Games has put together a list of the world’s wildest water slides. Take a look at the list below. 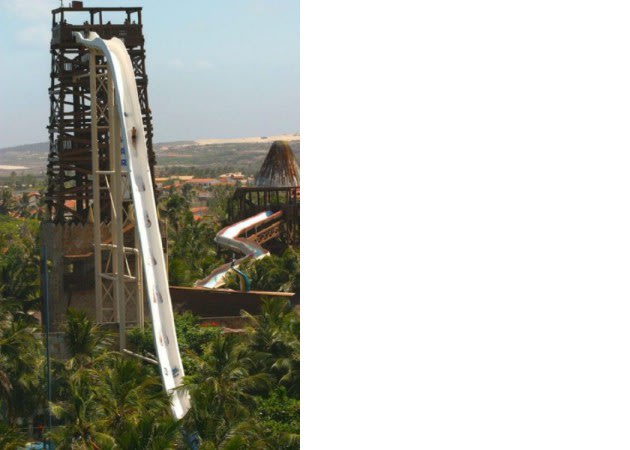 Everything you need to know about this water slide — or water cliff, we should say — is in its name. This is an insane water slide.

Standing a stomach-churning 41 meters (that’s 14 stories) high, Brazil’s Insano is officially the tallest water slide in the world. Unofficially, it’s the one that gives us the most willies. After what looks more like stepping out of plane than scooching down a slide, riders plummet down the near-vertical ride for about four or five seconds, during which they’ll reach the ungodly speed of about 65 mph. The ride then terminates with what the creators call a ‘relaxing dive into the swimming pool.’ Relaxing might not be the right word. 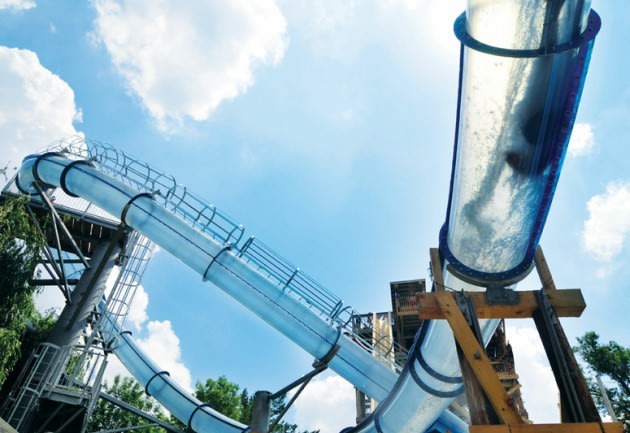 It might not be as tall as Insano, but the ten-story high Scorpion’s Tail at the popular Noah’s Ark Water park in Wisconsin is equally gut-wrenching. Why? Because it’s essentially one giant, water-slick loop. It’s not quite vertical, though considering you’ll be hurtling through it at about 50 feet per second, that’s probably a good thing.

But Scorpion’s Tail packs an even nastier surprise for those willing to brave its sting: a freefall drop to get you started. Rather than gently pushing themselves off, riders stand in a capsule for a few seconds until the ground abruptly gives way. Suddenly, that loop makes more sense, as it’s the only thing slowing you down from the 2.5 gs of gravitational force driving you through the spray. Yikes. 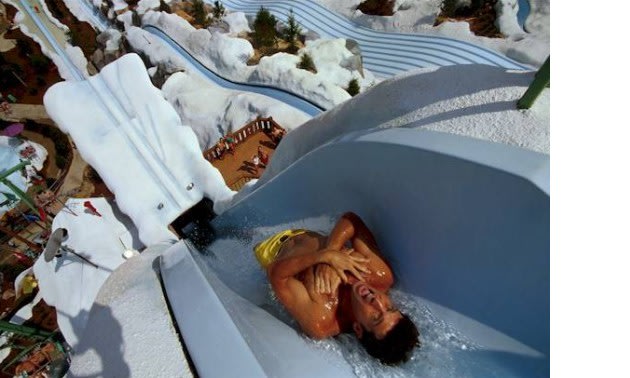 The family-friendly folks at Disney aren’t necessarily known for pushing the envelope when it comes to thrill rides. The Summit Plummet at Disney’s Blizzard Beach Water Park, however, is as extreme as water slides come.

It’s 12 stories high — good enough to be the tallest in the U.S. — and features a 360-foot flume that carries riders to speeds between 50 and 60 mph. And did we mention much of that takes place in a darkened tunnel? Because what better to mix with your crippling fear of heights than your crippling fear of the dark? Is this really Mickey-approved? 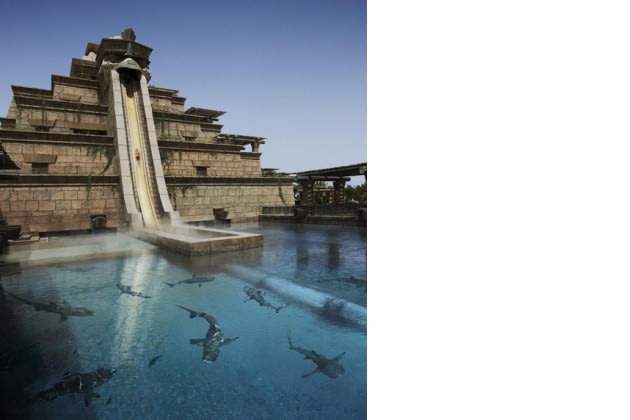 It can’t be easy coming up with new and interesting ways to freak out water slide victims riders, so we’re doling out a few bonus points to the minds behind the Leap of Faith. Located at the massive Atlantis Resort in the Bahamas, the slide starts at the top of a faux Mayan temple and sends riders down a steep, 60-foot drop. But forget about just coasting into a pool, because first you’ll cruise through a lagoon aquarium brimming with a variety of large, toothy sharks. You’ll get a good view, too, since the only thing separating you from the predators is a clear acrylic tube.

Terrifying? A little, though worse than that is what happens when a shark finds a way to leap out of the lagoon and onto the slide. Yes, that actually happened. 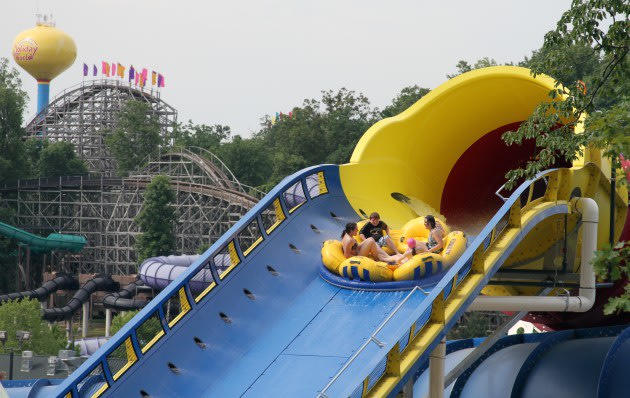 You have to hand it to Indiana’s Holiday World — when they go big, they go really, really big. For years, they’ve hosted The Wildebeest, the world’s longest water coaster. While you can still ride that puppy, it’s no longer the record holder.

That honor now goes to the aptly-named Mammoth.  Running a ridiculous length of 1,763 feet (that’s about 1/3 mile), the sprawling ride features seven drops and starts at a height of nearly 70 feet. But the best part? It will take you a good three minutes to make it through the Mammoth’s twists and turns; compared to the five-second madness of Insano, that’s one heckuva deal. While it’s not technically a slide — you’re in a 6-passenger spinning raft — the sheer size makes it a can’t-miss for extreme riders.