Rapper 2 Chainz denies reports that he was robbed at gun point in San Francisco.

After reports surfaced that 2 Chainz was ambushed by robbers before his 106 KMEL Summer Jam performance on Sunday, the I’m Different rapper claims it never happened. 2 Chainz, who real name is Tauheed Epps, addressed the rumors on social media.

2 Chainz, who used to go by the stage name of Tity Boi, gave a few reasons why he wasn’t robbed. Read them below. 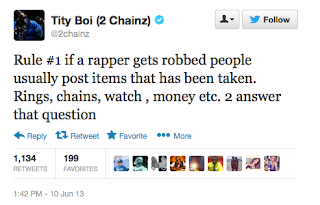 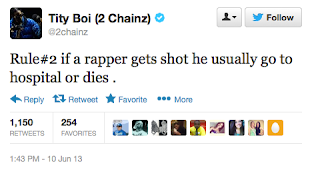 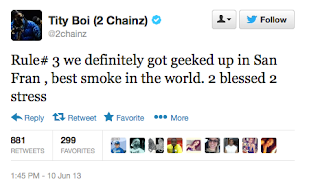 Meanwhile, while 2 Chainz was busy denying reports, the San Francisco police confirmed that the Atlanta rapper did get robbed. E! News reports that 2 Chainz and six members of his entourage were walking around downtown San Francisco on Sunday afternoon at about 4:30 p.m. when they were approached by two men.

The San Francisco police confirmed to E! News that the robbers got away with 2 Chainz’s wallet, money, cell phone and credit cards. According to TMZ, no arrests have been made in the case. The website claims he wasn’t very cooperative to the police who arrived on scene, telling them he “wanted to handle it himself.”